It seems that the Courts are finally embracing the idea of cameras in Courts. The Supreme Court now has its own YouTube Channel featuring summaries of judgments, and cameras are set to appear in the Court of Appeal in the near future. The video below summarises the Court's reasons for the decision in Rugby Football Union v Viagogo, a contract law dispute in which the RFU sought an injunction requiring Viagogo to provide the names of people selling international rugby tickets using Viagogo's webiste so that the RFU could pursue claims in breach of contract against them:
Posted by Mr Howells at 18:52 No comments:

Video Maker - Powered by GoAnimate.
Posted by Mr Howells at 19:30 No comments:

Which Contract case is this?

Sentencing, Stephen Lawrence and the Rule of Law

Mr Justice Treacy's sentencing remarks in the Stephen Lawrence case are now available to view. As students - have a read and see if you can identify aggravating and mitigating factors referred to by the judge.

The BBC also have a good clip here from an interview prior to the sentences being passed in which a barrister explains how the judge will approach matters.

As the offences in question were prior to Schedule 21 of the Criminal Justice Act 2003 on sentencing for murder - the Act does not apply to Dobson and Norris. Accordingly they were sentenced as juveniles, under the law which applied at the time. Whilst some have expressed concerns that this means shorter sentences than they would receive under the modern law, it is in accordance with the rule of law that laws should not have retrospective effect. In other words, if a law is to be applied it should have been in force at the relevant time.


....appears to be have been the essence of the agreement between Goldman Sachs and an Inland Revenue official according to this story. My question to A2 Contract Law students is: in principle, would you expect such an agreement to be legally binding? Why/why not? Which case does it remind you of?


Comments please!
Posted by Mr Howells at 17:53 No comments: 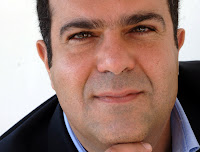 This story about the (still) part-owner of EasyJet and entrepreneur Stelios Haji-Ioannu starting up a new airline has obvious contract law implications.
The Telegraph article says:

In a "comfort letter", Sir Stelios undertakes among other things not to "acquire an interest in any other airline" in the European Economic Area or Switzerland for two years, in return for £300,000 annually for five years.

We haven't reached this part of the syllabus yet... but if any Loreto Manchester A2 student can tell me what type of contractual issue this raises and provide a case, there may be a small prize!

Back to the Future: A Modern Legal Apprenticeship

As AS Law students will no doubt be about to learn, a legal education can be an expensive business when you factor in the cost of a degree as well as GDL/LPC/BVC depending on your chosen route into the profession. Perhaps it's not too surprising then to see that lawyers themselves are now arguing that the time is right for a new route into the profession in the form of Modern Legal Apprenticeships. Strangely, these almost hark back to the old days of doing your "articles" by on-the-job training. For an example, see the scheme run by prestigous firm Pinsent Masons in conjunction with ILEX.


Another example of reform to the legal training process is shortened law degree programmes such as the one offered by the College of Law (if you want to find out more about this, they are holding a web seminar, or "webinar", on 5th Oct - click here for details).
Posted by Mr Howells at 17:44 No comments: